10 years ago Adwords was a blessing – Mark Tull

“In 2004 when the internet was new and Google was just beginning, search was just coming to Australia and things started to change”  Mark Tull.

The internet was more developed in the US and UK at that time, and when I started on my first campaign for a client in the UK, I was amazed at the volumes of search in the United Kingdom.  The volumes in Australia were tiny compared to them and I wondered if ever we would see a viable market size in Aus. 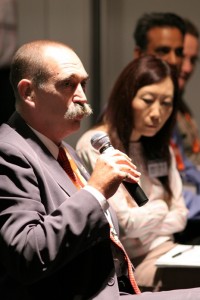 How times have changed.  In 2005 Andrew Coates and Mark Tull founded Hot Goanna, wondering if people would actually pay them to set up and manage adwords accounts for them for visitors from search in Australia.  Little did they know that front page on search was going to almost instantly become the new phenomenon and must have.

“In those days says Mark Tull, the ability to set up good enquiry forms on html and php and some asp sites, including php driven wikis, forums and all the other wild and wooley types of sites, together with the “free” online cms startups like homestead and others was a real challenge.  You would spend more time trying to get a site reporting a lead then you would actually getting the lead”

You really had to have a competent webbie on board to even think of becoming an Adwords Manager at the time.

” I remember we started doing seminars for the public, aimed at business people on the Gold Coast, and then Brisbane and even Melbourne.  We would give them 90 minutes of how, what, who, why and results and the data did the selling, not us” said Mr Tull.

Then, out of the blue, Google gives us a phone call, and I thought, yeah, right and hung up.  There was no way Google was going to call anyone was our perception as they were perceived as an online company with no real human face” said Mark Tull.

“Luckily Julian Persaud rang back, and we started the path to becoming a Google Adwords Reseller, being on contract with Google Australia to sell and manage Adwords in Australia.  We became one of the magnificent 7 in Aus and Julian went on to become MD of Google Asia Pacific.  We are still mates” said Mark.

The badges may have changed over the years with Adwords, but the same fight is still on.   In the old days, we started with a Google Adwords Professional, then it went to Google Adwords Individual and Company in 2007 from Memory, I think we were the 4th as a Company in Australia on Whoisagap as I did the qualifications on the day it came out in UK time all bloody night.  Then we went to Authorised Google Adwords Reseller and all the resellers fought viscously for a “partner” status and it was never approved by Google.  Now we see nearly every agency listed as a Google Partner of some sort.

“Maybe they got the distribution model right finally, but at the same time they have, I have never seen them so competitive in the direct sales market, taking food from their partners mouths” said Mr Tull

At the same time, search changed, and it changed big time, particularly after the roll out of Yahoo Panama, which was the single biggest mistake in my mind that Yahoo ever did.  They had a great system, and Panama was their downfall.

The big G has refined adwords to make it either a set and forget by self managers or a pay as much as you can for market share with the best minds you can find.  Either of these is still subject to the new “AI” that G has developed, its seems that sharing the load and the income on search is the bold new world and all adwords managers are adapting to it, almost daily…